Bang on the boards 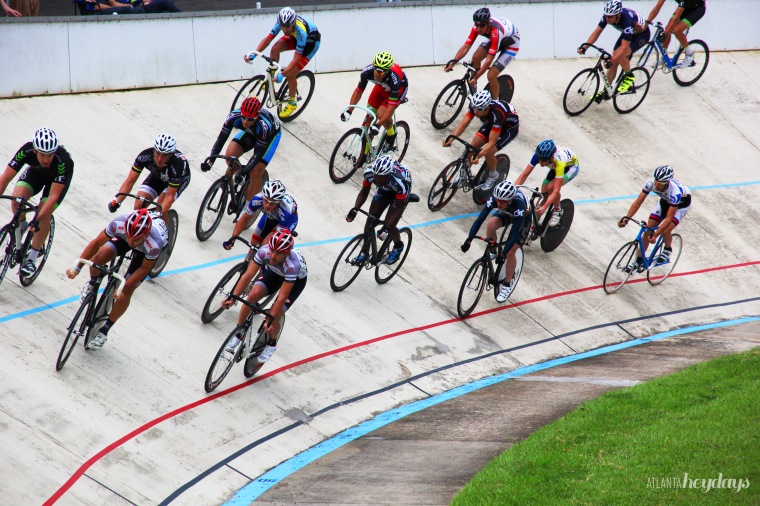 It’s a hidden gem tucked away in East Point. The Dick Lane Velodrome features the second steepest concrete track in the country (36 degrees). The velodrome, built in 1974, offers classes and training opportunities for kids and adults. And, on a few select Saturdays during the year the pro series comes to the track. For just $5 spectators are treated to an evening of diverse (and creative) races — and are encouraged to bang on the boards to cheer on the racers. There’s the traditional scratch race, with a mass start and set number of laps. There’s the unknown distance race, which is just what it sounds like — riders don’t know how long the race will be and wait for the bell to signal the final lap. In the Keirin, cyclists follow the draft of a motorcycle, and in the miss and out race, the last rider on every lap is eliminated. But the crowd favorite could be the Madison, where teammates grab hands and sling each other forward.