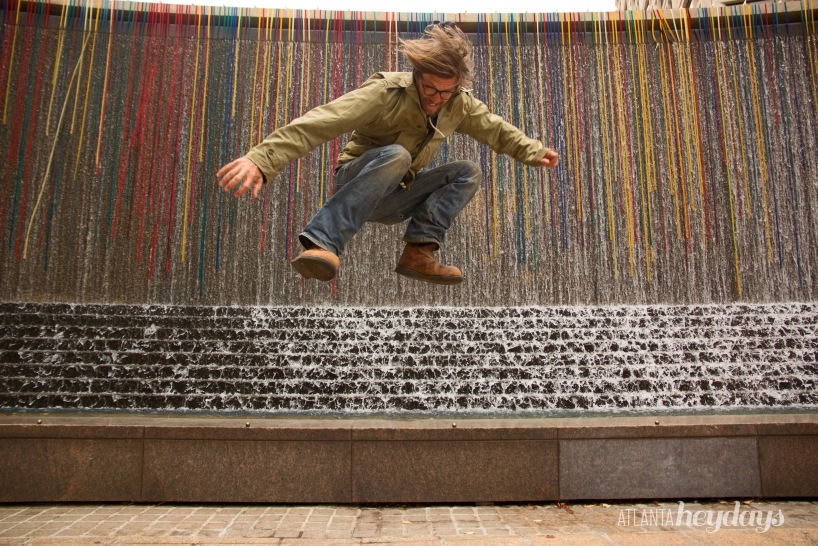 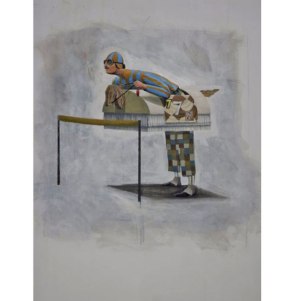 Scott Dupree has discovered that if you work hard and are lucky, there’s a point in your life when it all comes together. As a child, Scott knew he would grow up to be an artist. But as an adult, he struggled to figure out what that looked like. He tried anything and everything related to art – sculpture and metal working, abstract and classic styles.

“It’s like learning how to walk,” said Scott, a graduate of the University of Georgia’s art school. “It’s a difficult part of the journey, but once I discovered what was personal to me, I realized it was what I had been doing my whole life without realizing it.”

Eight years ago, Scott finally hit his stride and found that his artwork was repeating certain elements, that each piece was continuing a larger dialogue. The foundation of Scott’s artwork is his drawings — drawings of himself in costumes. He adds paint, and suddenly they become still life theatre, examining the historical, social and political influences of our time.

Scott credits his unusual childhood for his curious nature and awareness of culture’s impact. His family lived in Marietta, Ga., for the early part of his childhood. But when Scott was 7,  his parents quit their corporate jobs, sold their house, moved their sailboat to Florida and the family spent a year and half sailing up and down the coast. After that, they traveled around the country, living out of their car.

“Being so young and not having preconceived notions about the people I met was important ,” Scott said. “Those travels as a child have played such a big, big part in my work the past eight years. It gave me a solid backbone and avenues to work from.”

Scott’s artwork, which he describes as often “revealing and personal,” hangs in galleries, homes, restaurants and places of business. The new owners of his paintings frequently report back to Scott that his artwork generates conversation and questions.

“To hear that, it affirms what I’m doing,” Scott said.

Learn more about Scott Dupree and his art at www.sjdstudio.com. In January, you can view Scott’s work at the Cube Gallery in Cabbagetown. 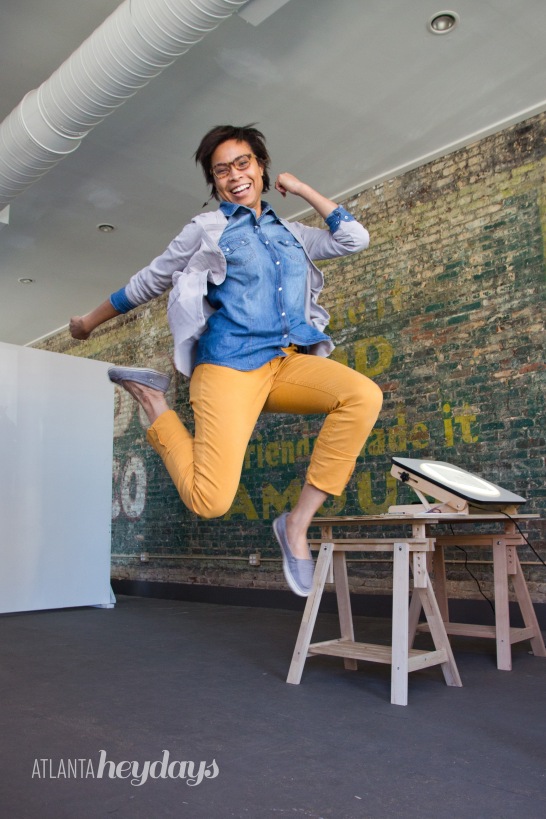 Location: The Department Store (ASIFA-Atlanta headquarters for the 12n12 competition)

As soon as she was old enough to draw and sketch, Fatimah Abdulah was enamored with animation. PBS’s show Arthur about a young aardvark contributed to Fatimah’s fascination. She recalls a segment of Arthur called “A Word From Us Kids” where the show’s creators visited a local elementary school, collected drawings from the students and then animated the drawings.

“I remember thinking ‘Wow, kids can do that. I want to do that,” said Fatimah, a native of Marietta, Ga.. “Animators were and still are so impressive to me because not only do they draw something — they also bring it to life. It is completely imagination. There are no limits.”

Fatimah was on track to pursue a career as an animator until one day in college when her dad called to tell her that Disney had laid off a large number of its animators. Instead of animation, Fatimah decided to use her skills and artistic abilities (she’s also a painter) in administration.

Now, the Georgia State graduate manages creative projects for Bark Bark as her day job, but in her free time, she serves as the president of the Atlanta chapter of the International Society for the Animated Film (also known as ASIFA-Atlanta). In this role, Fatimah not only works to provide resources and community for animators, but she is a part of introducing people to animation – from the different styles around the world to letting people see their drawings in animation.

“I love being able to simplify animation for people,” said Fatimah, who occasionally does her own animation projects. “When we lead a workshop and people see what they have drawn come to life on the screen, there’s usually a collective gasp. I love that. I love that people are awed by it. I am too.”

Interested in viewing animated films from around the world? October 28 is the 11th Annual International Animation Day. ASIFA-Atlanta will be hosting a day of animated short films at the Plaza Theatre. Also, check out workshops offered by ASIFA-Atlanta throughout the year – including how to build your own animation stand.