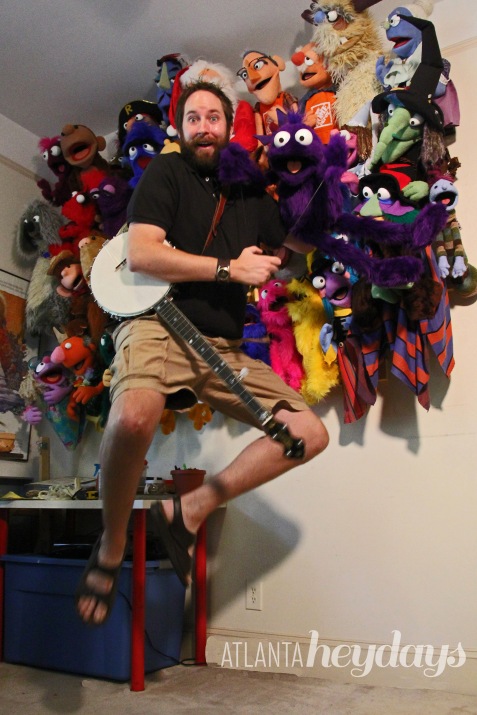 It was a standard fifth grade assignment on the Gold Rush of 1949, but David Stephens felt nervous about standing up in front of the class. So, for his presentation, he decided to try and recreate a little bit of his favorite show, The Muppet Show. David made hand puppets out of paper, turned a table on its side and improvised a show about the Gold Rush. His classmates cheered and laughed. His teacher, Mrs. Harris, was so impressed she had him perform again for another class.

“That was a magic moment,” David recalls. “I thought ‘This is a powerful thing … to be the person who is presenting the magic, entertaining people, getting people to laugh.’ It was an extension of me but not really me.” David grew up mesmerized by Jim Henson’s Muppets from a young age. He would wake up early every Saturday to watch The Muppet Show in syndication at 5:30 a.m., subscribed to Muppet Magazine and frequently drew the show’s characters.

By high school, David was performing puppet shows at libraries, preschools and birthday parties in his south Alabama hometown. Since then, his career has been all puppets (and a little banjo ‒ check out David Stephens and Banjolicious). From performing original works at Atlanta’s Center for Puppetry Arts to receiving national awards and grants to working on Sesame Street to crafting handmade puppets, David has come a long way since his first performance in Mrs. Harris’ class.

David’s All Hands Productions features several shows and handmade puppets. In October, David Stephens and Banjolicious will be playing every Thursday evening at the Atlanta Botanical Gardens.