Watch funnel cakes being made (and then eat one) 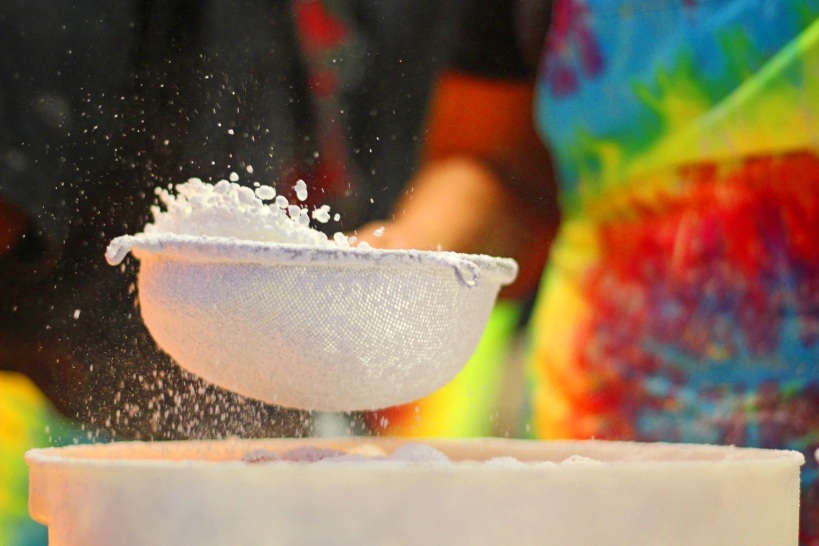 In the 1920s, Asa Candler, the Coca-Cola co-founder, former Atlanta mayor and Druid Hills resident, donated more than 50 acres of his land to the city of Atlanta. Today, that land is Candler Park, and it’s home to a public golf course, swimming pool, playground, pavilions, basketball court and several fields. Each year, the park hosts at least three annual festivals — Sweetwater 420 Fest, Midsummer Music Festival, Candler Park Fall Fest. And, I believe you can find a cold Coca-Cola at all of them.

This entry was posted on June 18, 2012 by Atlanta Heydays. It was filed under City Heydays and was tagged with Atlanta, Candler Park, food truck, funnel cakes, heydays, Midsummer Music festival, photography, sugar.