Say ‘I remember when’ 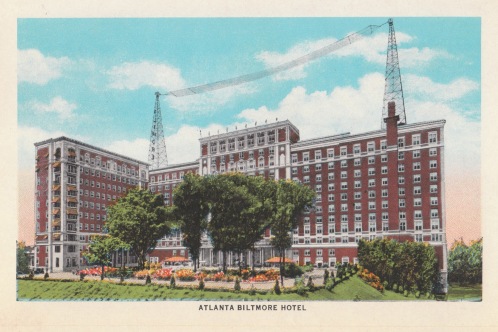 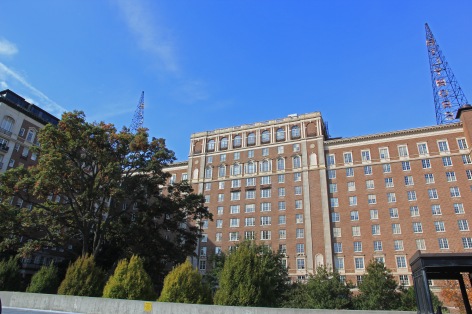 It’s difficult, if not impossible, to recreate the photo from this 1940s postcard of Atlanta’s famous Biltmore, which occupies an entire city block in Midtown Atlanta. A parking deck now fills the space immediately in front of The Biltmore … and blocks the view of the building’s main entrance. Once considered Atlanta’s premier hotel, The Biltmore opened in 1924 as a hotel and residences and hosted famous Americans such as Franklin Roosevelt, Dwight Eisenhower, Bette Davis and Charles Lindbergh. The two towers on the building’s roof, which have become a famous part of the Atlanta skyline, are former radio towers from WSB, which broadcasted from The Biltmore for three decades. Now, The Biltmore features condos, apartments and event space in two historic ballrooms.

This entry was posted on January 9, 2013 by Atlanta Heydays. It was filed under City Heydays and was tagged with Atlanta, Atlanta historic buildings, Atlanta photography, Biltmore Hotel, heydays, Midtown Atlanta, patricia heys.